For most people, disposing of waste is as easy as putting the garbage can out on the street.

If you’re looking to become more sustainable, or if you’re embracing an off grid lifestyle, it can become a lot more complicated.

What if we told you there was a way you could easily dispose of organic waste and produce usable fuel?

A biogas digester does both of these things, and does them well.

Read on to find out what biogas is, how biogas digesters work, and to see whether you can benefit from using one.

Biogas is a form of renewable fuel that’s produced naturally from organic waste. It’s widely used in the developing world as an off grid cooking and heating fuel.

It’s comprised mostly of methane gas and carbon dioxide with a few other gases present in tiny amounts.

It can be used to power everything from a gas burner to a gas water heater. What really sets biogas apart from something like propane or natural gas is how it’s created.

A biogas digester is a system for breaking organic waste into usable fuel. It relies on natural bacteria performing a process called anaerobic digestion.

How Does A Biogas Digester Work?

These bacteria eat and digest the waste in a slurry of water. This process is carried out without any oxygen, hence the name anaerobic digestion.

Digesters are made up of a central holding tank for waste, plus a capture system for the gases produced.

Depending on whether you choose a commercial system or build your own, you’ll have different setups.

Once the process begins, a biogas digester will produce gas as long as you keep adding in new waste.

One really cool feature of digesters is how flexible they are. You can run them using all kinds of organic waste.

The only byproduct of biogas production is a nutrient-rich ‘bioslurry’ liquid fertilizer.

It’s the water that’s added in with waste to create the anaerobic environment and should be cycled out regularly.

It contains tons of useful nutrients and is an excellent organic fertilizer. This lets you both cut your dependence on fossil fuels and petroleum-based fertilizers.

How Can Biogas Be Used?

While methane and carbon dioxide make up the vast majority of biogas, there are also some other gases present.

One that can be concerning is hydrogen sulfide. This is a corrosive gas that produces a really noxious rotten egg smell when released.

For our purposes though you should know that hydrogen sulfide will seriously damage machinery.

This is why home biogas shouldn’t be used to fuel things like generators or vehicles without being treated first.

Utility biogas digesters run their raw product through several other steps to purify and compress it. Home biogas doesn’t usually get the same treatment.

For use in a gas burner or heater, the concentrations are too low to really worry about.

Most home biogas systems will also have a small filter element in place to remove any excess for safety’s sake.

What Fuels a Biogas Digester?

Probably the most important aspect of biogas production is how inexpensive and easy they are to fuel. They’ll produce biogas from just about any kind of organic waste.

Instead of a traditional composter, they feed this waste into a digester. This just scratches the surface of what they’re capable of though.

Do you keep livestock?

Their dung is an excellent source of fuel for biogas production. It not only reduces the build-up of smelly and unsightly dung heaps, but creates a useful product from their waste.

Below is an image of the inner-working of an underground biogas digester.

If you’re living 100% off the grid, you might be interested to know that sewage can also feed into biogas production.

The bacteria are perfect for breaking down the fats and proteins contained within human waste that don’t do well in aerobic composting.

A biogas digester helps you deal with organic household waste, gives you a way to safely and easily process sewage, and produces useful gas.

Digesters don’t require any chemicals or industrial additives to function. Once you get the bacterial colony going, they’ll run basically forever with nothing but water and waste added in.

This gives you a source of cooking and heating gas that’s limited only by the amount of organic waste you have.

The bioslurry that’s produced during the anaerobic digestion process is loaded with nutrients. These include:

Unlike traditional manure, fertilizer bioslurry is totally odorless and contains no harmful bacteria. Even better, it actively repels insects that may be attracted to

3. Easy to Set Up and Maintain

Whether you choose to buy a commercial system or build your own you’ll find it incredibly easy to get started.

All you have to do to prime your system is add in a suitable amount of waste, preferably dung or manure, and a bit of water.

The system will begin producing useful amounts of biogas within about 4 to 8 weeks.

This gives it enough time for the bacteria to establish a thriving colony and begin the digestion process.

Maintenance is even easier.

Just drain off some of the bioslurry to use as fertilizer on occasion and make sure you add in equal amounts of waste and water whenever feeding it.

One of the most exciting aspects of using biogas is how environmentally friendly it is. Methane is a major greenhouse gas and is actually 84 times as potent as carbon dioxide.

The methane contained in biogas would have escaped into the atmosphere. By capturing it and using it as a fuel source, you’re helping to break it down into much less harmful CO2.

As we mentioned before, home biogas isn’t a pure product.

Because of these impurities, especially the hydrogen sulfide, home biogas isn’t suitable for use in machinery like generators.

The H2S will actually corrode the machines from the inside out.

To keep your system at its best, it needs a constant day and nighttime temperature at or above 77°F (20°C).

That’s great if you live in the tropics, but less so if you’re somewhere like the American Northwest, Northern Europe or Alaska.

There are ways to compensate for temperature differences, but they all equal higher costs.

One solution is to build your digester inside a greenhouse. If you’re only looking at 20 or 30 degrees difference in temperature, this by itself can be enough.

You can also use an electric or gas-powered heating system.

There comes a point, unfortunately, where you’re expending more energy running your biogas production system than you’re gaining in biogas.

Most biogas systems don’t move well. The actual digestion processes aren’t disturbed by transport, but the systems themselves can sometimes leak.

The most popular commercial systems aren’t designed to be moved while in use.

You can get around this using a sealed barrel system but it isn’t the easiest thing to do.

If you’re planning a THOW that you want to move frequently, a biogas digester might not be the best fuel source.

Should You Buy Or Build?

Biogas digesters are actually really easy systems to set up. They’re basically just a tank for slurry and a container to hold the gas in.

It can be really tempting to DIY your system, but that’s not always the best or even the cheapest way to go.

There are tons of companies producing small scale biogas digester tanks for home and commercial use.

For off-grid living though there aren’t a ton of companies you should consider.

HomeBiogas is one of the most innovative companies in the biogas market.

Their original product was renowned for its ease of use and flexibility in setup and the HomeBiogas 2.0 is breaking even more ground.

It gives you everything you need for a safe and successful biogas digester system in a very affordable package.

It’s made from flexible, yet seriously sturdy, materials that expand like a balloon as you fill them up.

It’s capable of processing up to 1.5 gallons of food waste or 6 gallons of manure per day.

The gas storage unit can hold enough biogas to power a burner for 2 hours per day and contains some of the best safety features we’ve seen.

It also incorporates a filtration system for both biogas and bioslurry to protect you and your family from harmful contaminants.

They’ve even got a setup that includes a delightful toilet hooked right up to the reactor.

Best of all, the HomeBiogas 2.0 runs entirely without power. It’s a true off grid system that reduces waste and produces useful products.

Tiny dwellers and off grid living enthusiasts are generally a lot handier around the house than most people.

If you’re the kind of person who never found a task they couldn’t do themselves or just like tinkering around, there are tons of different home biogas digester plans online.

You can even create your own biogas digester plans if you’ve got a good understanding of materials and design.

It’s important to remember though that biogas is still gas.

Anything you build needs to be able to safely store and distribute highly flammable gas to your home.

If you aren’t 100% confident in your ability to make gas connections, filtrations hookups, and safe storage systems, a commercial system may be the way to go.

Who Can Benefit the Most From Home Biogas?

Modern biogas digesters were developed to give people living in the developing world reliable access to a source of fuel.

So long as your climate allows it to function a biogas digester gives you a free source of cooking and heating gas.

It also helps you dispose of all kinds of organic waste that might otherwise wind up in a landfill.

The only sustainability-minded people biogas reactors may not work for are those in THOWs.

Biogas digesters just aren’t optimally designed to move around a lot. If you only move a few times a year, though, they may still represent a great way to cut down on your fuel costs.

Biogas digester systems give people living off the grid a sustainable and environmentally friendly source of cooking and heating fuel.

They allow you to convert food, animal, and human waste into a safe and efficient form of fuel.

They can provide an effective toilet system, an easy way to dispose of kitchen scraps, and a source of organic fertilizer.

If you’re planning your off-grid paradise or thinking about living the tiny life, a biogas digester should be pretty high on your list of necessary purchases. 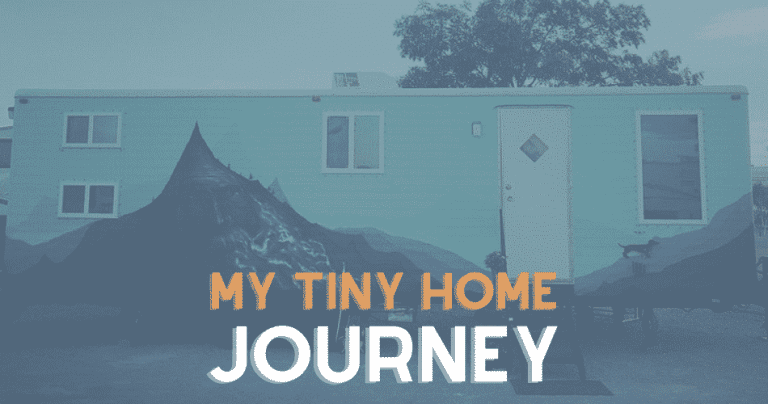 The Story Behind Journey, the Tiny Home

Tiny Home Wood Stoves: Everything You Need To Know 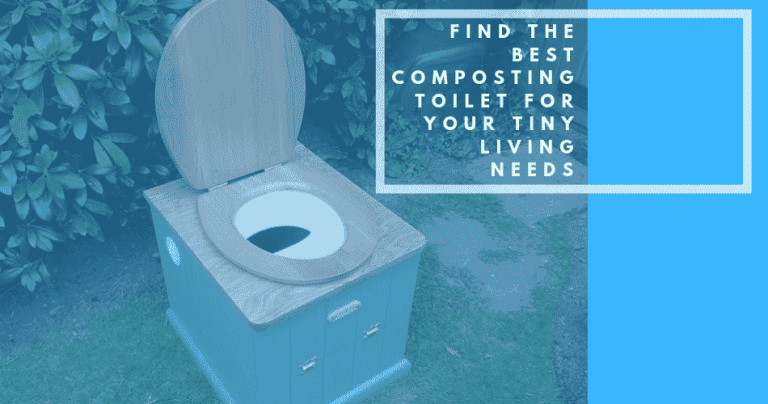 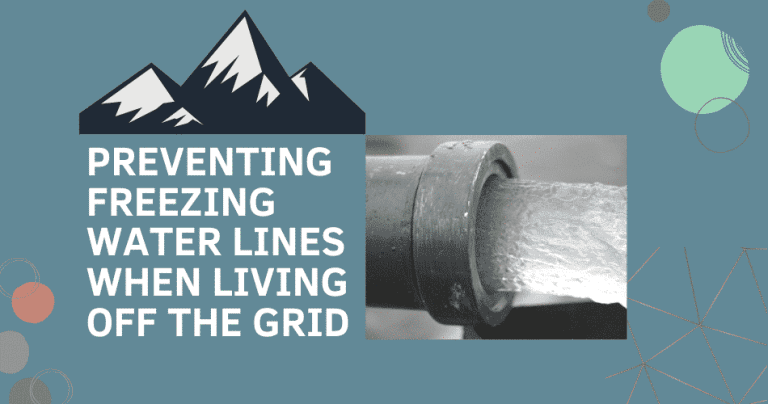 How to Prevent Freezing Water Lines When Living Off the Grid

How to Make Your Own Yeast (Self-Sustainability Food Guide)

Josh is a freelance writer and avid outdoorsman. He graduated from the University of Georgia with a B.A. in Political Science and has done his best since to live location-independent. He's been a firm supporter of the tiny movement, new homesteaders, and sustainable alternative living and used his knowledge of these topics to convert a 1999 Dodge Ram van to explore as much of Wild America as he could reach.
All Posts

LEARN TO BE SELF-SUFFICIENT BY GROWING YOUR OWN FOOD

learn to be self-sufficient by growing your own food