Omer Miller: How Living Off The Grid Changed My Life 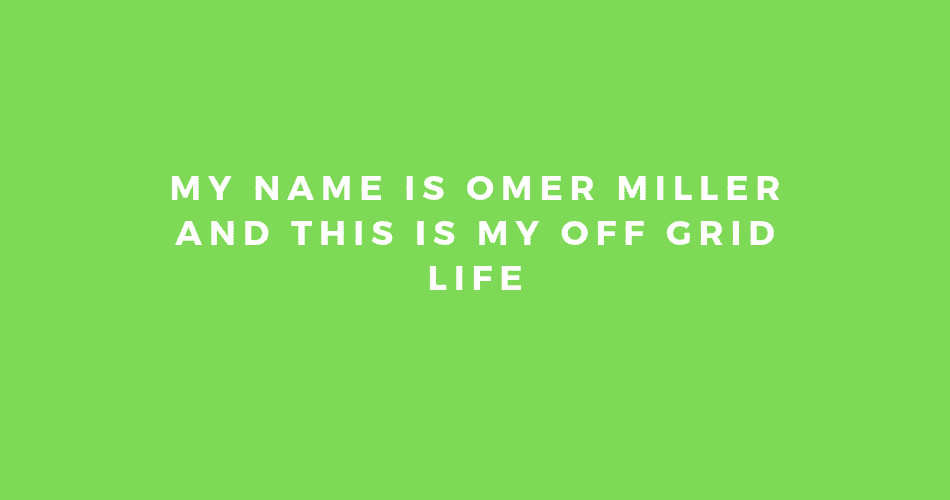 Guest post by Omer Miller. In this post, Omer shares his amazing journey living off the grid. If you have any story you want to share, or know someone who does, please email us at [email protected], as we would love to share your story!

My journey starts on a Friday evening in the late spring of 2017. The hour was about nine o’clock when I finally surrendered to the darkness and called off my reading for the day.

Crazy that this was my life, as I never imagined that my life as a city dweller would lead to such a paradise within the beauty of nature.

Below is my journey, and one of the most amazing experiences of my life. I hope you guys enjoy it and that it inspires you to get out in nature and do the same.

My eyes were already hurting from a couple of hours of reading in the dark, trying to figure out the letters without any light to assist me.

I’m lying on a bed I found here, on the edge of a magnificent oak forest, about fifty meters from the small stream that runs through the valley.

Behind me are the hills that most of the forest consists of and the fence that marks the end of civilization and the beginning of nature.

It’s a tiled fence that had just big enough holes in it to carefully pass through, but as it was the end of civilization, it magically stopped all civilized men from passing through.

It had been a good day of reading with no interruptions.

Birds were singing around me and the wind caressed my naked skin. I had food in my bag for the whole day and a gas stove and a pot to make tea whenever I wanted.

Basically it was a book lover’s dream.

This was how almost every one of my days looked like for about a month and a half then, and the thought of living in the forest full time had already crossed my mind a few times before that Friday.

It reminded me mostly of my beautiful times camping at the beach and I was longing for that sense of freedom, the kind of freedom you can feel only by living in the wild.

As I finally decided to stop reading, my plan was to cross the stream, drive to my parents’ house, take my sleeping bag and some food for the next day and get straight back to the forest.

It went pretty well until I got next to the car, where I saw two men and a couple sitting around a fire.

We exchanged greetings and they invited me to join them by the campfire.

They asked for my whereabouts and I told them that I was reading there and that I was going to get provisions for the night.

Then one of them told me that he actually lives in the forest and the couple on the other side of the fire said that they are soon moving in as well. 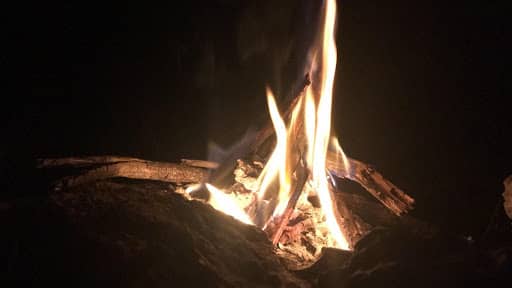 I was amazed and happy to meet other, like-minded people and asked them many questions about what it is like to live like this.

They were all very nice and friendly and after a few hours around the fire, I felt like I had just found my new neighbors and decided that I’m moving in as well.

I went to my home in the city, packed everything I needed in order to build a comfortable camp, added some canned food for a few days, and drove back to the forest, to my new home.

I was so excited it took me a long while to fall asleep that night, seeing in my mind every little detail of how my camp would look like when it was ready.

The next morning Nina, one of the people I met the previous day, and joined me to look for a place to make my camp.

After sometime of walking around in the forest, we got to a big oak tree on the edge of a hill, where there was an open view to the valley below.

We decided that this was the place.

I built the camp and that was it: I was officially living on the hill!

The summer camp consisted of a wide and comfortable mattress that I found, a shade which I later doubled, so that it would block more light, and an old two-person tent that was used as a storage room for my food and gear.

At first, I cooked over two rocks with an open fire between them.

This cooking method is not very efficient, as most of the heat is lost to the open air, instead of heating just the cooking pot. However, it’s the best way to cook and warm yourself at the same time.

After a month and a half, I built a rocket stove and started to cook this way. It was much better because I could control the size of the flame.

After a while I mastered the igniting procedure and was able to get it to heat up in moments. It got to a much higher temperature because of the close tube the fire was in, which also made the fire mostly smokeless, as smoke is the product of an incomplete combustion, and the heat was precisely projected towards the pot.

As you can see by now, I am very much into rocket stoves!

I think they are a wonderful tool for every off-grid expedition and tiny house, of course, given the local climate and the natural fuel resources available, as well as the ease of their accessibility.

As the days passed by, a daily routine had built itself up into my life.

I would usually get up just before sunrise, do my chi-gong practice, a session of meditation and then go to the stream for an ice cold shower under the waterfall.

There, I would also fill some bottles with water for drinking and cooking at the camp.

Afterwards I would eat a breakfast consisting mostly of vegetables, tahini and some nuts.

For the most part, I would spend the rest of my day reading a book down by the stream, and socializing with the people next to the water.

The people who came to the stream were diverse.

They came rich and poor, from every culture and country, and in every mood.

The one thing that connected them all, though, was the wish for the healing cold water of the stream and a yearning for connection.

In many instances, these random interactions would lead to great friendships and I couldn’t help but think to myself: “These connections are quite rare in our cold and lonely modern world”.

I felt a great deal of gratitude to this place for letting me be a part of this magic.

I met countless people throughout my time there, some I will never meet again and some, who are now my closest friends. 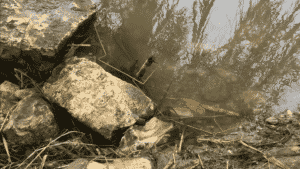 In the hot summer days of august, I began thinking about winter, and though in the 40+ C degrees, I couldn’t even imagine cold and rain.

However, I knew that someday the rain would come, and that I better be ready and do something about it now, rather then find myself soaking wet looking for a solution.

So I started thinking about my future winter camp.

There were three options I was facing:

1. The first was finding a cave in the area that would be fit for me to live in.

I started looking around and found a few caves, but they were either too small or too dirty.

2. The second was moving to the desert, which had almost no rain at all, and finding a nice place to camp around there, but my connection with the forest was so strong already that I didn’t want to leave to any other place.

3. The third option was to build a house that would withstand the rain and winds of winter on the hill. I ended up choosing this option. Soon after, I started planning what would later be my winter home.

In September, the nights got colder and I added an old A-frame military tent under the shade to block the wind and another sleeping bag for some more warmth.

The house was rising slowly and needed a lot more work, so as the first rains of the fall came I took off the shade covered my tent with a big plastic sheet.

It looked quite bad from the outside, but inside it was warm and dry.

This “late fall” setup was very satisfying for me, so much so that I thought about spending winter like this and giving up on the whole house thing entirely.

Then one day I woke up and surrounding me was a familiar sound, one that I haven’t heard in a long time.

It was the sound of a winter’s rain, one that’s steady and throughout in the atmosphere.

I looked out of the tent and the sky had the deep gray color of a winter’s storm. “It’s on” I said to myself “winter is coming”.

It was raining all day with not even a brief stop for me to go out and pee; I was basically trapped in the tent.

One of my water bottles was sacrificed in favor of my bladder and all I could do that day was lay down, turning from one side to the other or sitting.

I cooked just at the entrance of the tent using dry wood which I kept inside for rainy days.

Cooking was nice. It took away the cold for some time and simply being able to do something made me feel better as well.

As I went to sleep in the early evening a very clear thought had come to me: “No matter what happens, until the next oncoming next rain, I am going to build my house.” And so it was on! 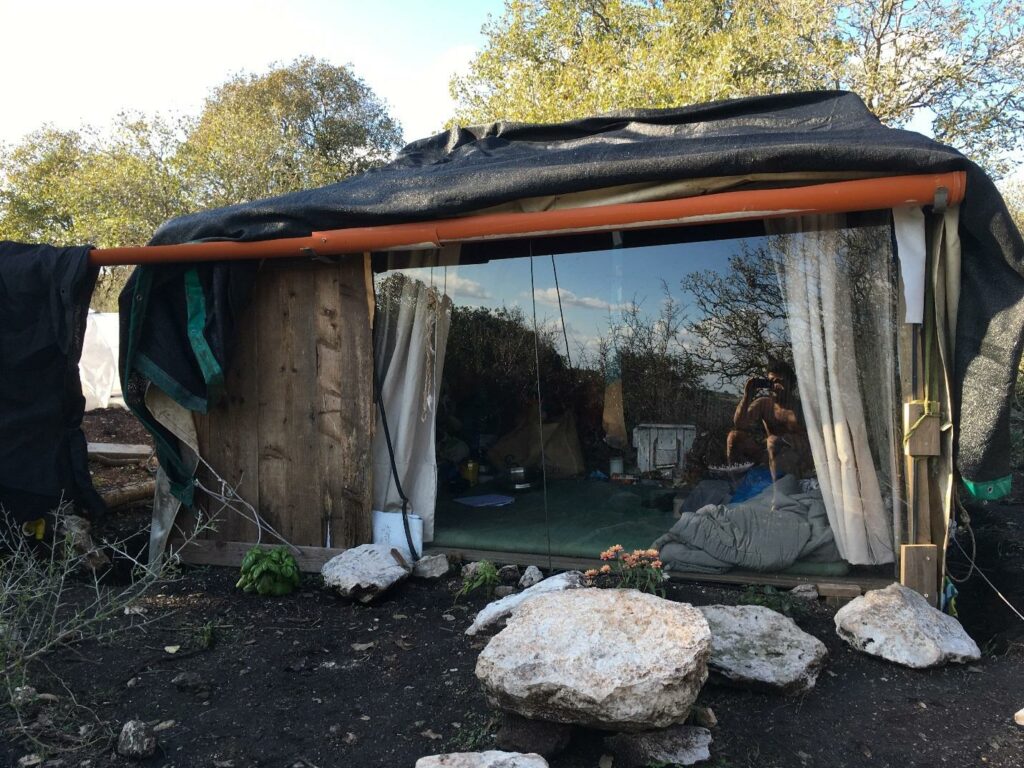 The next rain was forecasted for a week later so I started working like crazy on building the house.

Mostly working from 7 in the morning until 2 or 3 in the night.

One night around 2 AM, I really felt like I needed to stop already, but decided to go just a bit more.

Then, in one out-of-concentration moment, I hit my finger nail with the screwdriver.

Blood started to flow out from the middle of the nail and I finally called it a day.

One week later, as the rain started, I sat with a warm cup of tea in my newly built house, and you can trust me when I say –

There was not a happier person in the world as myself in that particular moment.

As I sat there, watching the rain drops hitting the big glass window, I just felt so satisfied with my hard work. “I have a home of my own. And I built it with these two hands.”

I will end my story here.

I ended up living off the grid for 11 months. During this time, I learned how to be self sufficient, how meaningful it is to connect with others, and that when you’re in nature, you’re never really alone.

This experience is easily the most meaningful time in my life. 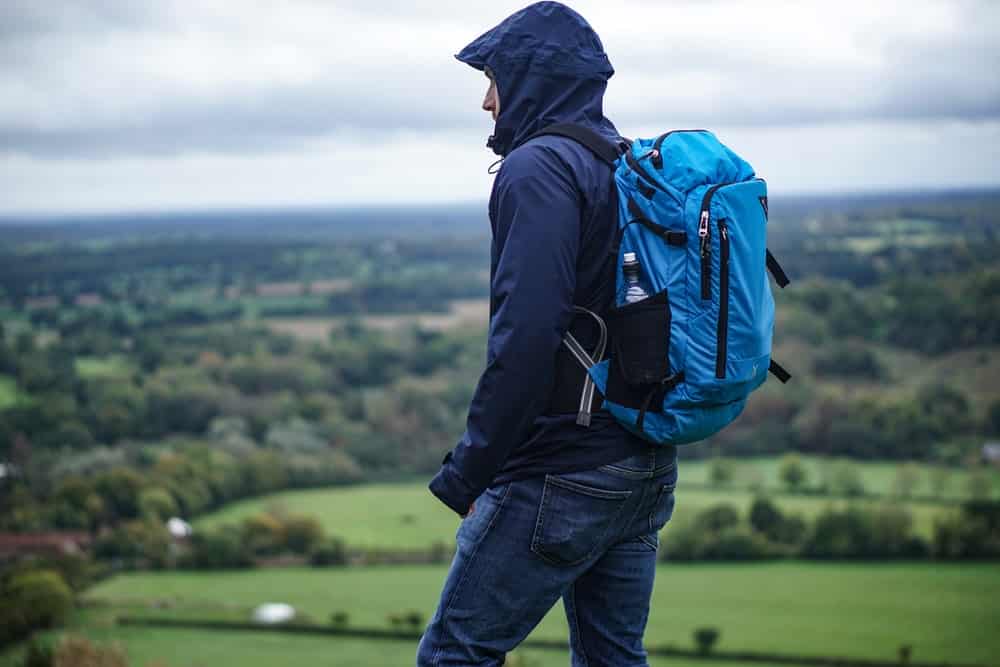 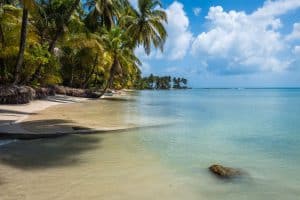 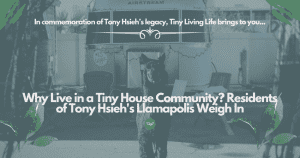 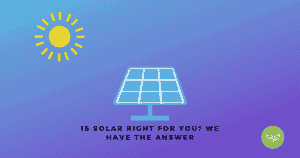 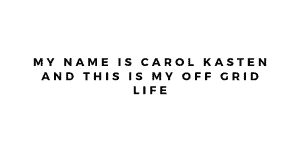 What Living Off the Grid is Like, A True StoryRead More » 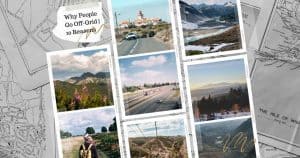