The Best Board Games For On The Road

Why Play Board Games On The Road?
Board games are a great way to kill time when you’re on the road and don’t have anything else to do. Games such as Scrabble, Monopoly, and Words with Friends can be played for hours without getting bored.

The best thing about board games is that they can be played by more than one person at a time. If you’re traveling with friends or family, then you’ll never get bored of playing board games together! In your tiny house, or on the road.

Which Types Of Board Games Are Out There?
Board games are a popular form of entertainment and have been around for centuries. Board games can be classified into different types based on the game’s objective, gameplay, and design.

The most common types of board games are:

The 3 Best Strategy Board Games

Strategy board games are a genre of a board game that emphasizes strategic thinking and planning.

There are many strategy board games out there, but here are some of the best strategy games you should try.

1. Carcassonne
Carcassonne is a tile-laying game in which the players draw and place a tile with a piece of southern French landscape on it. The player can choose to place the tile so that one part of the picture is joined to another, or to place it so that two parts of the picture overlap. The player then draws a new tile and places it next to any other tiles, without disturbing their relative positions.

The objective of Carcassonne is to score as many points as possible by completing cities, roads, monasteries and farms; these are called features. Each feature has a point value depending on its size and whether or not it includes one or more meeples (the small figures that represent people in the game). The player with the highest score wins.

2. Settlers of Catan
Settlers of Catan is a board game that has been around for decades. It is most popular in Germany and North America, but it can also be found in other places around the world. The game was created by Klaus Teuber.

The game’s popularity has led to it being translated into more than 30 languages, with over 25 million copies sold worldwide as of 2017.

The Settlers of Catan is a strategy board game that takes place on the fictional island of Catan. Players are settlers who are trying to build up their own colonies on the island by trading resources and building roads and settlements. The game is won by the player who builds up their colony to 10 victory points, which can be achieved through trading, building settlements and cities, or having the largest army at

3. Dominion
Dominion is a card game that has been around for over 100 years.

Dominion is a card game, originally published in 2008 by Rio Grande Games. The game was designed by Donald X. Vaccarino, who had also designed the popular board games Dominion and Dominion: Intrigue.

The goal of the game is to collect victory points by building sets of cards in your deck. There are five different types of cards that players can buy – estates, duchies, provinces, kingdoms, and curses – with each successive type being more expensive than the last. Players start with seven cards and draw one per turn from their deck until they have ten cards in their hand or until they have built all ten piles on the tableau (the table at which players play).

The 4 Best Adventure Board Games

Adventure board games are an excellent way to spend time with family and friends. They also offer a great opportunity for bonding and learning about each other’s strengths and weaknesses.

Here are some of the best adventure games that you can play at home.

There are many board games that you can play but the adventure board games listed below are the best ones.

2. Pandemic
Pandemic is a cooperative board game in which players work together to save the world from four deadly diseases.

The game is set on a fictional global map of Earth. Each player has a specific role with individual abilities and must work with the other players to cure diseases by traveling around the world and treating infected cities or researching cures for each disease.

The goal of Pandemic is for the players to work together to develop cures for four diseases before any of them spreads too far, too fast, and becomes unstoppable.

Players can choose from one of five roles: dispatcher, medic, scientist, researcher, or operations expert.

3. Mysterium
Mysterium is a cooperative game where players take on the role of psychics to solve a murder.

In Mysterium, one player takes on the role of the ghost and creates an environment for all the players to explore. The ghost provides some clues, but it is up to the other players to figure out who committed the murder and why.

The game is designed for three to six players, with each player taking on the role of one of six possible characters. Every character has their own special ability and starts at a different location in the house.

The 3 Best Family Board Games

In the game, players are given the task of colonizing an island. They must collect resources, and build settlements, and roads. The winner is determined by who has the most points after playing enough rounds.

The Settlers of Catan has been around since 1995 when it was first published in Germany. It is one of the best-selling board games in history with over 20 million copies sold worldwide.

2. Ticket To Ride
Ticket to Ride is a cross-country train adventure game. Players collect cards of various types and use them to claim railway routes connecting cities throughout North America.

The goal of the game is to have the most victory points at the end of the game, which usually takes between 60-90 minutes. Players earn points by building long continuous railways that connect major U.S., Canadian, or Mexican cities from east to west across their individual boards, then connecting these railways together into one continuous network across all boards for an even larger bonus in victory points.

3. Monopoly
Monopoly is a board game that is played by two to six players. The object of the game is to be the player with the most money at the end of the game.

In order to win, players must buy or trade properties and build houses and hotels on them. The goal is to have all eight pieces of property in one color group (for example, red).

The 3 Best Sports Board Games

1. PitchCar
PitchCar is a car racing game designed by the German board game company Ravensburger. The objective of the game is to be the first player to cross the finish line.

Each player starts with three cards which they use to create their own track layout. The cards are laid out on a table or drawn on paper and then cut out so that they can be placed in order. Players take turns laying down a card and then drawing one from the deck, continuing until all of the cards have been used.

The first player to cross the finish line wins!

2. Jenga
This game is played with 54 wooden blocks stacked in a tower, and the object of the game is to remove one block at a time from any level (except the top) without causing the tower to fall.

Jenga is a game that has been around for over 40 years. It was invented by Leslie Scott and released in 1979 by Parker Brothers, now part of Hasbro. The rules are simple: players take turns removing one block at a time from a tower constructed of 54 blocks, each block being three times as long as it is wide. The object of the game is to be the person who removes the last block from the stack without causing all of those above it to fall down.

3. Scrabble Slam
Scrabble Slam is a game that has been around for decades. It’s a variation of the traditional Scrabble board game where players have to compete against each other.

The game starts with an empty board and players take turns placing their letters on the board. The objective is to form words and score points by using all of the letters in your hand. Words are worth more points if they are longer, use more tiles, or use rarer letters.

Players can also challenge each other by playing a tile from their hand and asking another player to play a letter from their hand that matches it so that they can create a word with it. This is called a “challenge” or “slap” in Scrabble Slam

A Short Board Game is a game that takes up to an hour or less to play. This is opposed to a standard board game which can take hours or even days to complete. Shortboard games are designed for people with limited time who want to enjoy the fun of a board game without having to invest too much time.

Shortboard games are designed for people with limited time who want to enjoy the fun of a board game without having too much time.

1. King of Tokyo
This game is all about getting as many victory points as possible by rolling six dice and collecting energy, then using that energy to buy power cards, heal your monster, or attack your opponents. You can also use energy to buy new monsters if you’re lucky enough to roll the right symbols. The first player with 20 victory points wins the game!

2. Tsuro
In this tile-based game, players take turns drawing from a deck of cards until someone draws the card with an image of a dragon’s head on it. That person then places one end of their stone

1. Codenames
This is an easy-to-learn social deduction game with a simple set of rules. It is played by two teams, each team has one clue-giver and the other players on the team are code breakers. The clue-giver gives one-word clues to help their code breakers identify their agents on the board and then they try to guess who the other team’s agents are. The game ends when all of one team’s agents have been found or time runs out.

2. Pandemic
This cooperative board game has a very interesting premise that revolves around four diseases that have broken out in the world and it is up to players to work together in order

Ready to play some board games? 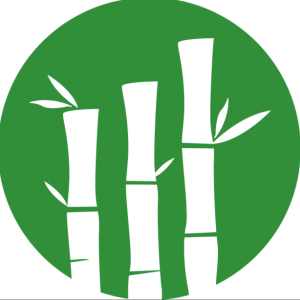